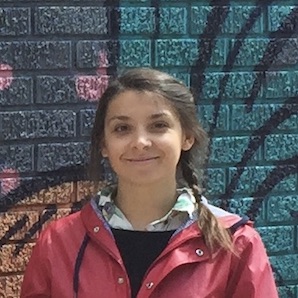 Marie Alauzen defended her doctoral thesis at the Center for the Sociology of Innovation (CSI), under the supervision of Fabian Muniesa, on October 18, 2019. Her doctoral work titled “Unfolding the Platform State. An inquiry into the modernization of French public services” [“Plis et replis de l’État plateforme. Enquête sur la modernisation des services publics en France”] focuses on the transformations of the interface between the State and the political society, as they were surveyed between 2014 and 2017 in the modernization projects of the State General Secretariat for the modernization of public action. Her study of modernization “in the making”, dealing with the trials and errors of the project managers from the administrative department mission in charge of the reform of the State under President François Holland’s mandate, captures several related phenomena. She describes a sociology of a modernizing work made up of mini leaders organized around a profusion of projects, in a boot-camp atmosphere that one could hardly expect to find in public administrations hallways, and which gives room for many failures or folds of the projects launched. She characterizes the contents given to a reform implemented without any overall plan nor main ideological line of action, but is carried out on a daily basis with an ability to decide and a stabilization of technologies and knowledge of government originating from design, data processing, behavioral sciences or even social sciences. What the thesis shows is that the modernized State and the citizen-users undergoing changes are shaped by a human-machine relation concerned with the ergonomic quality and the readability of the interfaces, by a certain taste for experimentation or even by a concern for what is now called digital sovereignty.

During and following her PhD training she participated as a research engineer in the « Quantification, Administrative Capacity and Democracy » ANR-15-ORAR-0003-01 (2017-2018) project and to the program of the Responsible Digital Identity Chair at Télécom Paris (2019-2020), where she conducted surveys on the transformations of the public hospital in France and a study of the controversy on the digital identification of individuals application Alicem.

Since the academic year 2020/2021, Marie Alauzen has been a temporary Lecturer and Research Assistant in political science in the Department of Social Sciences at the École normale supérieure where she teaches sociology of the State and sociology of public action. She is also currently conducting a research mission for the Ambassador for Digital Media on how the French State fights against the manipulation of information.

At the CSI, along with Jérôme Denis, David Pontille and Didier Torny, Marie Alauzen contributes since 2017 to Scriptopolis, a research project in anthropology of writing.