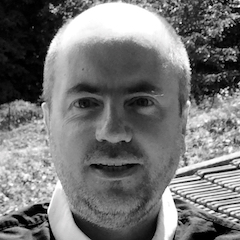 Didier Torny’s research works are at the crossroads of the sociology of mobilization, the sociology of law, public policies studies and science and technology studies. On risk and health issues,  his publications has underlined the role of alarm raisers in the agenda setting theory, helped to clarify the role of administrations in writing, implementing and controlling public regulation and discussed the emergence of new forms of government, based on traceability, to address them. He has conducted his research programs on many fieldworks: prion diseases, asbestos, pesticides, vaccines, diethylstilbestrol and endocrine disruptors, pandemic influenza.

Didier Torny joined CSI in 2016, where he keeps on doing fieldwork on a political economy of academic publication, especially with David Pontille and Quentin Dufour. He is also project officer at the CNRS Open Science Direction, copilot of the evaluation group of the French Open Science Commitee, and contributes to Scriptopolis, a blog on urban writings, with CSI colleagues.