Interview with Vincent-Arnaud Chappe, research fellow at the CNRS and member of the CSI-i3 (Mines ParisTech) by Florian Pipard for the journal Action juridique – CFDT.

How can we explain that union discrimination has only recently been studied?

For a long time, union discrimination appeared to the unionists themselves a “normal” consequence of industrial action, the price to be paid for commitment, and even proof of this commitment and union combativeness! Things started to change in the mid-1990s, with the action of union activists from the CGT at Peugeot Sochaux, even if there had already been struggles previously for trade union freedom and against punitive layoffs, in particular during the 1970s, in part thanks to the action of the CFDT. If, in recent years, researchers (sociologists, jurists, economists, political scientists, etc.) have shown more interest in union discrimination, it is first and foremost because it has been brought to the light by the unionists themselves, who also wanted analytical feedback on the situation they were experiencing at work. Hence the creation of a body such as the Union Repression and Discrimination Observatory created under the aegis of the Fondation Copernic, which gathers researchers and union activists interested in the visibility and the analysis of union discrimination. Law and public policies have also played a significant role: by strengthening the means of action against all types of discriminations since the early 2000s, they have established some sort of equivalence between the various criteria, or at least have encouraged the researchers interested in discrimination to also pay a greater attention to union discrimination and to the way in which it intersects with other types of discrimination (racial-, gender-based discrimination, etc.). Finally, the ever-increasing promotion of collective bargaining and in parallel the very low level of unionization have led research to become interested in the “hidden face” of social dialogue and raise the question of a paradoxical link between promoting an appeased dialogue, deunionization and discriminations.

Do the various studies highlight real illicit differences in treatment between unionized and non-unionized workers?

It is undeniable that genuine discriminatory differences in treatment exist between unionized and non-unionized workers, in particular between unionized and non-unionized staff representatives. The trials won since the early 2000s have proven it, but it is only the tip of the iceberg. Questionnaire surveys — such as the REPONSE survey (survey on professional relationships and business negotiations) — show the prevalence of discriminatory feelings among trade union representatives, and the econometric studies conducted by Thomas Breda (2011) confirm the existence of wage penalty for being unionized. This is namely the case for union delegates who, “all things being equal”, earn 10% less than their colleagues. These studies, as well as more qualitative studies — such as the one we conducted with Jean-Michel Denis, Cécile Guillaume and Sophie Pochic (Guillaume et al., 2015) — show the wide variability of union discrimination according to the configuration of the firm, the level of conflict, the political strategy and label of the union, the activist’s profile, the existence or not of union rights agreements, etc. It clearly appears that union discrimination is all the stronger when the management faces challenges, or when sensitive issues are involved (profit sharing, restructuring, health and safety issues, etc.) and when the actions of the unionist “disturb” the choices of the management, especially middle management. Finally, it should be noted that union discrimination does not only concern the wages or the career of an activist, it may also take different forms (vexatious comments, sanctions, transfers, etc.) and be combined with obstacles directly aimed at union establishment.

The obligations to negotiate (in particular wages) make the unionists vulnerable to discrimination. Therefore, is there not a paradox to be forced to negotiate the career path of the activists?

It is indeed a paradox: how can firms be trusted to “manage” the career of union activists while they are now still practicing discrimination?  The challenge behind all this is that the (re)integration of the unionists into the firm is also an issue for the management, in as much as it relates to an obligation due to the management of the many activists who have lost their union mandate as a result of the Trade Unions representation of 2008, and even more of the Macron Ordinances on the functioning of staff representation bodies. But it is also an issue of intelligent management of human resources: why not take advantage of the skills (technical, expert and relational skills, for instance) developed by staff representatives in their action? And what to do, after their mandate, with the trade union officials who, for a variety of reasons, cannot easily return to their former position? For the management to become aware of this challenge, a subtle mix of incentive, pedagogy and threat of litigation coming from the discriminated unionists is surely needed. The issue remains open of the implementation of these devices raising the questions of who measures what, what skills are recognized (and what skills are made invisible), and how to guarantee the freedom of the unionists. In our survey conducted for IRES and CFDT (Guillaume et al., 2015), these devices still appear very timid: while the union rights agreements we observed often allow for a better regulation of wage progress, there is not much in terms of recognition of “acquired trade union experience” and career development, except an often symbolic recognition. Moreover, these agreements mainly exist in large firms and often cover only permanent or quasi-permanent trade union officials or part time trade union officials, whose situation is monitored by human resources, leaving off the radar the field activists in their dealings with the managers.

The link with gender discrimination is often mentioned. Does any improvement in the gender area lead to improvements in this one (cf. gender equality index)?

No, there is nothing mechanical about this, but links can exist provided that the unionists make the necessary connections. This was the case for the litigations involving gender discriminations in the second half of the 2000s that were inspired by union discrimination litigations, with transmitters such as the lawyer Emmanuelle Boussard-Verrecchia. It should also be noted that the union discrimination litigation had greatly benefited from the legal tools developed during the 1970s at the European Union level concerning gender discrimination! The question is worth asking about the agreements: professional equality has long been concerned with firm level bargaining, with mixed results. The current transition from a logic of means (the obligation to negotiate) to a logic of result (the obligation to reduce a number of discrepancies under penalty of financial sanctions) could be reproduced for other types of discrimination, in particular union discriminations. Firms could also be inspired by some rather efficient measures, for instance on the articulation of times. On the other hand, the same tendency must be noted in the trade union and professional equality agreements to speak only to a part of the people concerned, respectively highly committed unionists and female managers.

In any case it is interesting to approach the fight against discriminations from a transversal and analogical perspective by relying on legal resources, while also thinking of the specificity of each type of discrimination (women are not discriminated against for the same reasons as trade unionists). This analogical reflection should also be complemented by an intersectional consideration, for instance on the accumulation of discriminations experienced by female unionists So, it is up to the unions to integrate this prism, and include in particular a perspective of “integrated approach” to gender equality (gender mainstreaming) into the fight against union discriminations.

You recognize the interest of the panel method but you point out something that is rarely said and that concerns especially particular profiles. Which ones?

The panel method developed, among others, by François Clerc (Chappe, 2011) has been a real breakthrough for the fight against union discriminations: it allows to show how union discrimination affects a whole career, to prove it in court and to measure accumulated loss in earnings. It has also been used in the case of gender discrimination. However, it requires an important work of gathering information to build the comparison, data which are often far from being easily accessible, as the firms do not make them available. But to use this method it is necessary for the firms to have a relatively stable panel in order to be able to establish a comparison over a large number of years with its “counterparts” and be able to see the effects of discrimination. This was the case in large industrial enterprises (automotive, aerospace, etc.) where the litigation was important, but it is less and less common: with the shortening of the duration of presence in companies and their frequent reorganization (externalizations, scissions, etc.), the geographical or occupational mobility, the individualization of wages and careers, it is more and more difficult to find a stable environment allowing comparisons. It is why all the representative unions have recently supported, in a report on the combat against discrimination, a new indictor in the form of a “point cloud” making it possible to assess wage differentials according to age with the implicit assumption of a seniority “portable” between firms.

Furthermore, in order to measure a career discrimination there must be a career perspective: it is the case for professional workers and female executives who have used this method in large firms, but much less for other profiles who do not have a perspective of evolution, such as skilled workers (more frequently immigrants or from ethnic minorities), the administrative staff (principally female) or more broadly all the precarious staff members. It is not about criticizing this more than useful method, but of considering the plurality of the methods related to the plurality of discriminations and of their effects: discriminatory harassment and its effects on health, punitive actions, forced transfers, layoffs, etc. 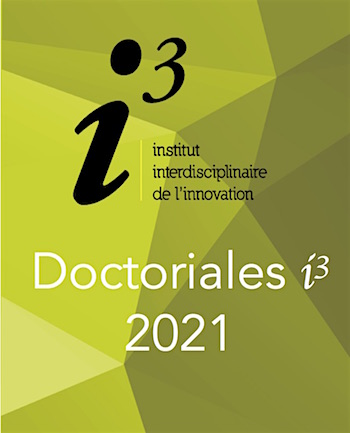