Wednesday, January 31, 12:30 pm: we queue in front of the Palais de Justice (Law Courts) on the Ile de la Cité, in Paris, hoping to hear the deliberation of the hearing held, eight months ago on appeal, in the lawsuit opposing 848 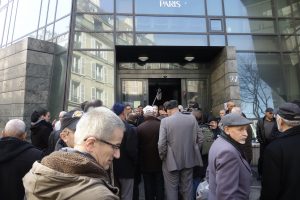 railway workers, most of them of Moroccan origin, to the SNCF (the French National Railway Company). They are waiting for the confirmation of the verdict of the labor courts which, two years before, recognized the discrimination exercised by the railway company on the grounds of their nationality and origin. Like dozens of railway workers, we have not managed to enter the Palais de Justice to hear the verdict. It is finally announced by an insider and welcomed with joy in this queue, in the rain, at the doors of the Courts, by some of those who have brought the case to justice.

This final event (the impossibility for many plaintiffs to attend the decision of their own trial!) is pretty symbolical of the difficulties that have been those of the French justice to recognize the collective discrimination experienced by these railway workers: they are indeed recognized in their right and get compensation (unless the SNCF takes the case to the Court of Appeal), but at the end of a long and difficult course revealing the inadequacy of the French institutional framework to treat such massive, collective and systemic discriminations.

The SNCF Chibanis, a collective history of mobilization

These railway workers – named “Chibanis” (“white hair” in Arabic) by the press – arrived in France in the early 1970s, often recruited directly in Morocco by the SNCF. Most of their careers were in the “PS25” status, a category of contract employees who did not enjoy the same advantages as the so-called “permanent” employees. Concretely speaking, this status, if it has no direct repercussion on the salary, has confined them to tiring and dangerous executive jobs, and has prevented them from having a progressive professional career, from taking training courses, from

gaining related rights (such as health services, free circulation card on the rail network). Above all, it has had major consequences in terms of retirement compared to their French colleagues, a bitter observation that the first concerned people have been making since the early 2000s.

In the early 2000s, before the legal proceedings started, there was a trade-union mobilization, mainly around militants of Sud-Rail and FO. It took the form of negotiations, demonstrations and occupations to put pressure on the SNCF, while the mobilized group was growing under the effect of real “recruitment campaigns” in the railway stations of the country, carried out by seasoned campaigners and supported by the trade unions’ “permanent executives” who accompanied them throughout this fight. In 2004, the SNCF wrote and signed a pre-retirement protocol supposed to be advantageous for the PS25. The unions were satisfied with this solution, but not the Moroccan railway workers led by Ahmed Katim and Ismaïlia, the association he has created. They wanted more, namely formal recognition and material compensation for the discrimination they had experienced along their career. The fight then continued on the legal track, lasting more than twelve years, according to the stages of industrial justice postponements of hearing and appeals.

This legal action required a huge logistical effort of organization: it was necessary to make this group of plaintiffs emerge, to visit the stations throughout the national territory, to relentlessly convince the railway workers of the importance to lead this fight against the same company which pays their salary and to which many are proud to belong. This was possible thanks to the continued mobilization of a number of campaigners to animate these hotlines in Paris, at the cost of regular trips, sometimes from other cities. It was also necessary to manage this collective, to keep it united, to inform it, to build the individual files, to recover papers and documents. It was a real division of labor 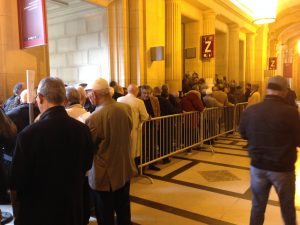 that manifested itself through a quasi-bureaucratic division of labor between legal professionals – lawyers or professors – charged with constructing the legal argument, and the association that supported this collective while paradoxically participating to keeping it away from an extremely technical mobilization. This organization was not without problems, some actors – plaintiffs or outsiders – denouncing a dispossession of the fight by the legal professionals to the detriment of its political scope.

This judiciarization also poses a problem for the industrial tribunal. Remember that a labor court is meant to deal with individual cases: now the action itself is intrinsically collective. Then, it is easy for the lawyers of the SNCF to denounce a “collective pleading” and the lack of individualization of complaints, to call for the examination case by case rather than the overall treatment of the case. Even logistically, a labor court seems inadequate to the collective dimension of such a trial; its room is unable to gather all the plaintiffs who are divided into multiple subgroups, with the effect of splitting and multiplying pleadings.

And yet, this is indeed a matter of collective, indirect and systemic discrimination; at the same time, it is linked to questions of nationality, origin, status, but also of age (in relation to the age limits required to join the permanent framework), for difficult and physical jobs. And it is this collective discrimination that will finally be retained by the court.

From a reactive logic to preventive devices?

This legal action is an example, if not a turning point, on several points. First of all, it is a magnificent example of the ability of a discriminated group, poorly endowed in terms of resources and “capital”, to mobilize collectively, to claim its rights and obtain them, to exist ultimately in terms of the subject acting in the public space. This action means also individual and collective speaking engagements, the construction of a shared and common story aimed at restoring the dignity of immigrant workers whose professionalism and merit have not been recognized to their true value. 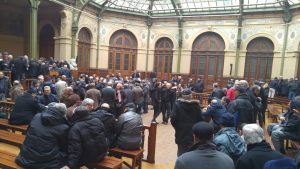 This mobilization is also a proof of the possibility that justice has to deal with collective discrimination, even though since the beginning of the 2000s, discrimination policies in France have largely been part of an individualizing framework, rather than in the recognition of group logic in discrimination. The new procedural path of “group action” can then reinforce this logic if it is followed by militants and lawyers (even if there may be some doubts because of its procedural limitations).

Finally, this action is a milestone in the history of the fight against discrimination related to nationality, origin and “race”: it can be interpreted as a great victory for the post-colonial populations in their capacity to make their rights and demands for equality heard. Already associations are trying to capitalize on this victory to reopen new areas of struggle, including jobs closed to foreigners.

However, it must be borne in mind that this mobilization is the result of a bitter, energy-consuming, costly and in a way exceptional struggle. Combating discrimination – pertaining to “race”, gender, disability, sexuality, trade union activism, etc. – cannot be satisfied with being reactive. It must also go through proactive devices for locating and processing upstream discrimination in the company. This is well understood by discriminated trade union militants who, after having won many court cases since the end of the 1990s, have then focused their efforts on preventive actions in the workplace. To fight in depth against racial discrimination, it is necessary to move from denunciation to prevention. This raises the question of “ethnic statistics” in a company, as a means of objectively verifying these issues in professional organizations.

Paper published on February 5, 2018 on the Bondy Blog 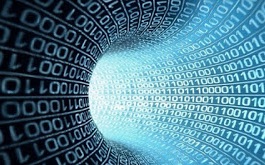 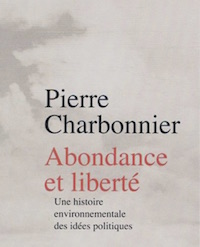 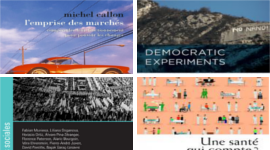