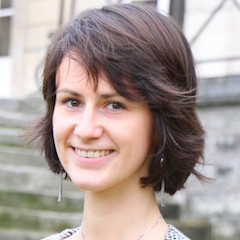 Thesis title: Citizen experiments in shared housing. Towards a renewal of ways of dwelling?

In this thesis, I am interested in two shared housing projects gathering individuals in collectives: the Groupe du 4 mars, a project of a residents’ cooperative at Croix-Rousse (Lyon) in partnership with a social landlord and Une Autre Destination, a project of a host farm in southern Ardèche that combines recycling and agricultural activities. In both cases, the actors have identified problems – considering them as manifestations of capitalism in the policy of housing (land speculation, inequalities in access to housing and exclusion of the most deprived) – and are trying to bring about projects designed to provide solutions. These projects should be seen as proposals for alternatives, and the action of the actors is carried out in concern of inclusion and implementation as far as possible. These possibilities are subject to prospecting and put the actors to work to identify them. It is a trial and error process. It involves tinkering, relying on good expertise, making concessions, abandoning paths and creating new ones. Actors often speak of “swarming”. For them, it is thus a question of opening new avenues for others (dimension of exemplarity), while drawing on experiences from initiatives they feel close to in order to extend them. The logic is that of the small gesture, of the multiplication of experiments, with the perspective that their accumulation succeeds in creating discrepancies in the politics of dwelling. At the same time as they are trying to keep their housing project inclusive, they want to be part of the change. This is the case, for example, when they take in vulnerable people and offer them work activity while the housing project has not yet been completed (see Perault, 2018). Following the attempts of these groups to open up possibilities during the experiment shows that the actors have a “pragmatic aim of commitment” of their own, where activist action consists in reaping the fruits of their actions in the here and now (Lolive, 2010). The actors try to tinker with possibilities while taking into account existing problems and the consequences of their actions. Indeed, the logic of experimentation is not a way to relieve oneself of responsibility for the consequences. On the contrary, it is a question for the actors to build possibilities while tackling the problems already there (see Haraway, 2016). Thus, beyond the experimental aspect, the thesis will focus on how these collectives resist the logic of the “possible imperative” (Debaise and Stengers, 2017).

The experimental approach implies that the manufacturing processes of these projects are not fixed in advance and that the commitment of stakeholders remains hesitant (Laurent, 2010). This invites me to hold together several things in the thesis: the project is negotiated – both by the actors who carry it out but also by those they contact to make it happen (e.g. public actors) – and it is uncertain because it is impossible to predict whether it will succeed, and because if it succeeds, the obstacles are so numerous that the result is never what was thought upstream by the pioneers. At the same time as these collectives try to bring out new possibilities, they experiment in situ to realize a project whose definition and collective are never stabilized and they must face many uncertainties. In this perpetual movement, how do projects keep their promises of inclusion and change? In a challenging situation, how is the course maintained? Which intermediaries, instruments or exploration supports are mobilized by the actors to reduce uncertainties about the success of their project?

To answer these questions, the thesis will start from the problems posed to the actors, both because the problematization sites (Callon, 2012; Laurent, 2010) make it possible to observe the process of composition and stabilization of projects but also because they show the creativity deployed by the actors to reduce uncertainties and hold on. To be interested in the tests is to be interested in actors in situations, in the way in which their attachments are made and discarded since “to know what holds us, we must test it, put it to the trial” (Hennion, 2013). Starting from the trials and the way they are unraveled could thus constitute an act of the researcher towards the actors insofar as she accounts for their creativity in a situation of uncertainty.